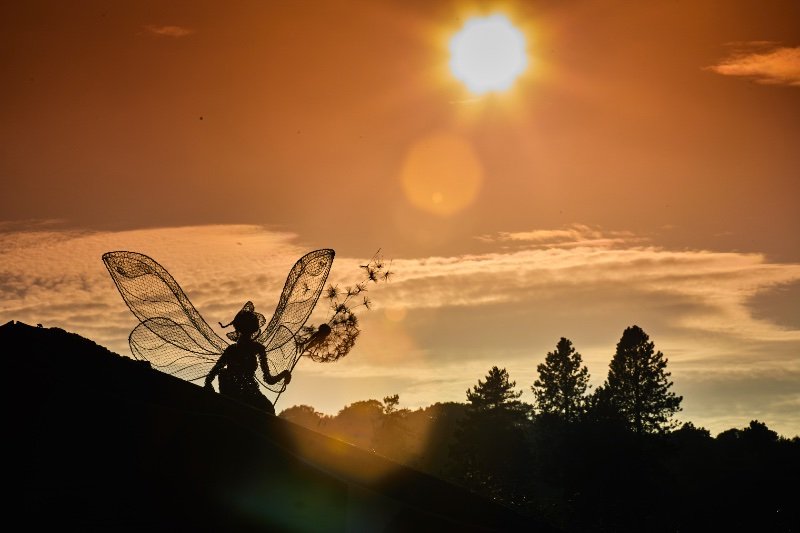 Truth be told, she a bit of a train spotter.

Dandelion was the start of FantasyWire dandelions. I had always wanted to make a sculpture of a dandelion with interconnected seeds blowing away from the head. Now that I had thinner stainless steel wire I had suitable material to try. I had the idea of a fairy blowing a dandelion and made a small prototyped dandelion which my wife immediately claimed and I had to make a second to go with the fairy.

The dandelion on display is not the original. As the design of dandelions evolved we decided to upgrade it in 2015 when we installed the giant dandelions near the lake.