In June 2017 we worked with the RHS at Chatsworth Flower Show and installed 12 Giant 6 meter tall dandelions.

The show was featured several times during the week on the BBC Gardeners World program, each time featuring drone footage across our display.

Towards the end of the week, the presenters of Gardeners world were asked what they liked best about the show. Arit Anderson said that she liked our dandelion the best from the whole show.

We are not permitted to publish the footage due to BBC copyright terms and conditions, but I have included some still images below 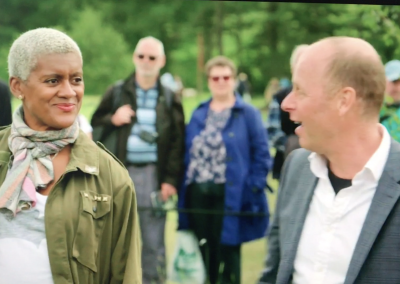 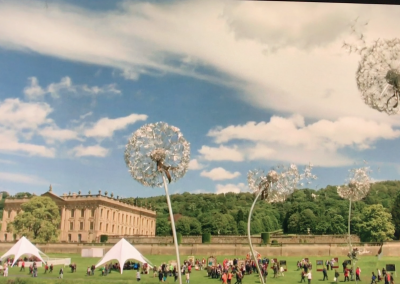 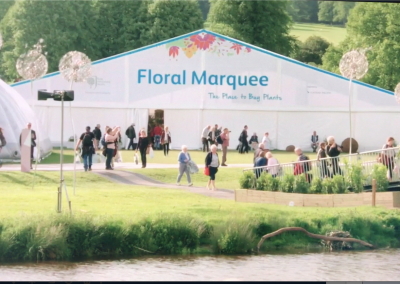