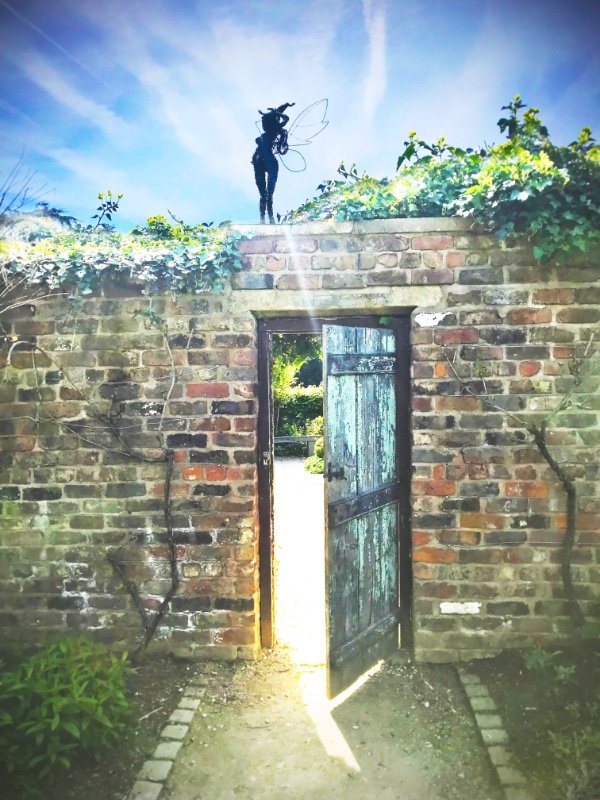 She can be found near a door to a secret garden in earshot of children playing.

Glance is the earliest fairy at Trentham and is only the 6th FantasyWire fairy ever made.  She is made from three different gauges of galvanised fence wire. Glance is probably the most significant fairy in the evolution of making them. After making five, I was frustrated that I could not get the proportions right so rather than just starting a skeleton and adding wire as I had in the past, I decided to design how to make them. I started by drawing a figure to scale and working out all the sizes including the skeleton bone lengths. I had realised that simply fleshing out the figure by winding wire around the skeleton distorted the proportions as the figure builds up. Instead, I starting adding wire where the muscles are and then cover the figure with a thinner layer of skin wire.

Glance is the first fairy to have hair, but because the wire I was using was soo course I abandoned attempting hair until much later when I started using stainless wire 18 months later.

Glance was never designed to be a displayed sculpture and does not include any structural means of support. When she was first made, she was simply free standing on her feet.