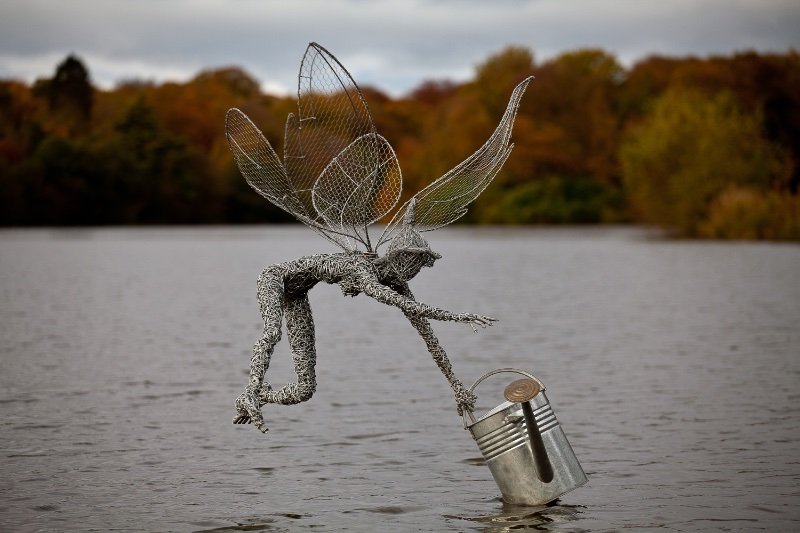 Helper likes to water the flowers with Italian water

Having become known in the village of Oakamoor as the man who make the fairies, I was asked by the organisers of the village festival if I wanted to display a fairy. Up to that point, I had only ever made fairies up trees or sitting on a fence. Originally called “The thief”, she is only the 10th fairy ever made. I wanted to do something a bit more spectacular as a display piece. I was also a little concerned about it being stolen. The design was to have the fairy trying to carry away the watering can, but hide the support to create the illusion that the fairy was airborne. The fairy is quire heavy, so the watering can is filled with concrete to counterbalance the weight as well as making it too heavy to walk off with.

I was so pleased with the result, that for a couple of years her silhouette was FantasyWire’s logo.