Nobody knows when or where Zwara came into existence, only that she is thousands of years old. Zwara is one of the most powerful fairies, as she possesses the ability to freely enter and influence the subconscious – Dream Walking.

She is capable of rendering entire armies harmless, by simply exchanging their courage for a belief that they have no chance of winning before a single blade is drawn. Thankfully Dream Walkers only ever use their power for good as there is no known weapon against them, except to keep them out of the way.

Hundreds of years ago she was double-crossed by an evil mage and was trapped and enchained in an invisible fold in the shadow realm – the space between our world and the realm of pure magic. By chance, a Wind Dancer passing between realms sensed her presence and helped her to break the chains.

She’s back. The world may have changed over these hundreds of years, but the evils of men are just the same. Where will she start?

Zwara is currently on display at Trentham Gardens

Images of this fairy are included in the FantasyWire Fairies Book 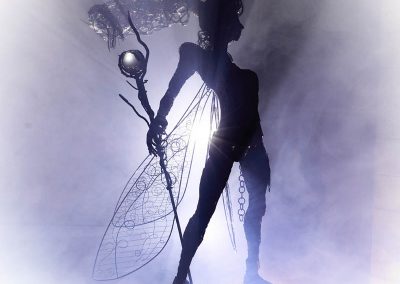 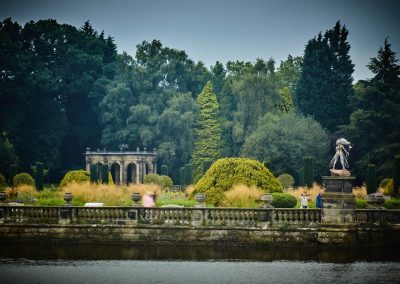 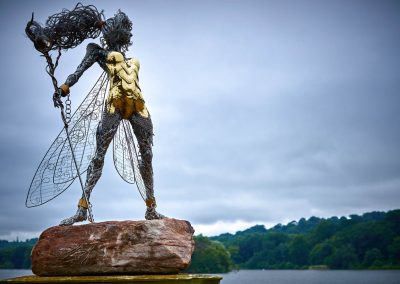 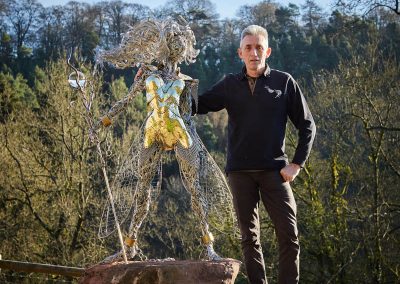 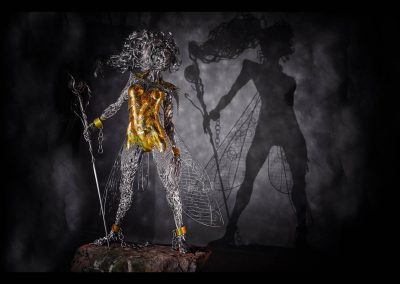